BBNaija 2019: Here Are Photos Of The New Housemates

The 2019 edition of BBNaija kicks off in the studio situated in the heart of Lagos, Nigeria. 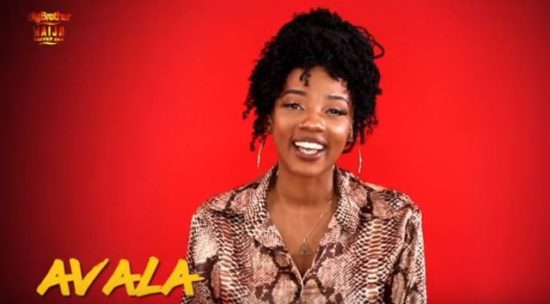 Single mom and budding singer Avala is not here to play. Being part of Big Brother Naija is part of pursuing her dreams and she also wants to inspire other young women.

Saidat “Avala” Balogun’s highest point of her life is when she gave birth to her daughter and her single, ‘Give me a chance’. The budding singer studied music and business at York College in Queens, New York. It’s no wonder then that her top artists include one of the city’s most famous exports, Mary J Blidge. Just like the Queen of Hip Hop, the Ogun State native has ambitions to spread her music all over the world. 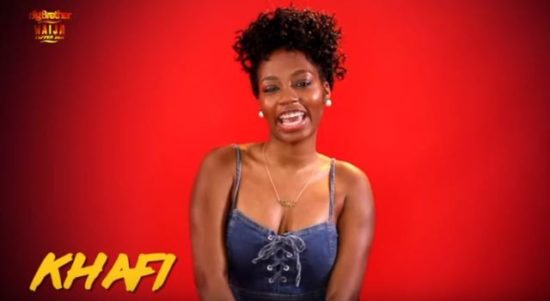 Police officer Khafi Kareem believes that you can have it all if you believe in yourself. She is not only hoping to win the prize money but she wants the exposure that being in Big Brother Naija House brings so that she can do societal good.

What people don’t know about her is that she is secretly talented in spoken word, singing and dancing. She is an Ekiti native who resides in London. 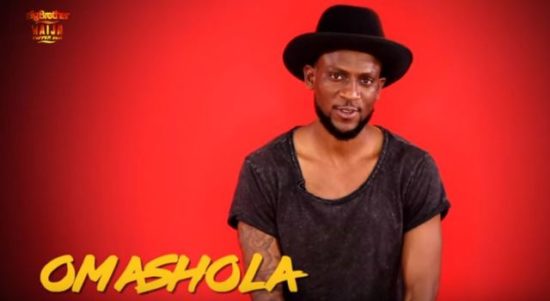 Model and Entrepreneur Omashola is originally from Delta State, but now calls Lagos home. He loves playing basketball, cooking and “being in the water, even though I can’t swim”.

Putting his life’s motto “If you want it, go get it – don’t just sit down” into action this year, Omashola got down on one knee and proposed to his girlfriend.

But the worst happened; she turned him down! Now single and focused on building his brand, Omashalo comes into the Big Brother Naija House ready to make his dreams come true. 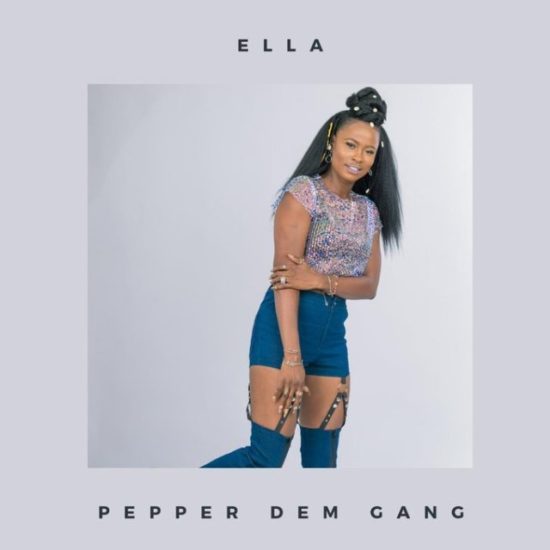 Victoria “Ella” Nnabuchi is no stranger to the limelight. She was a runner up in a popular music talent search show and she’s a television presenter, voice-over artist, actress and model. She also enjoys dancing, singing, reading, writing, travelling and poetry. The industry preaches that one should fake it until they make it. Not Ella, she says it’s better to “faith it, until you make It.” 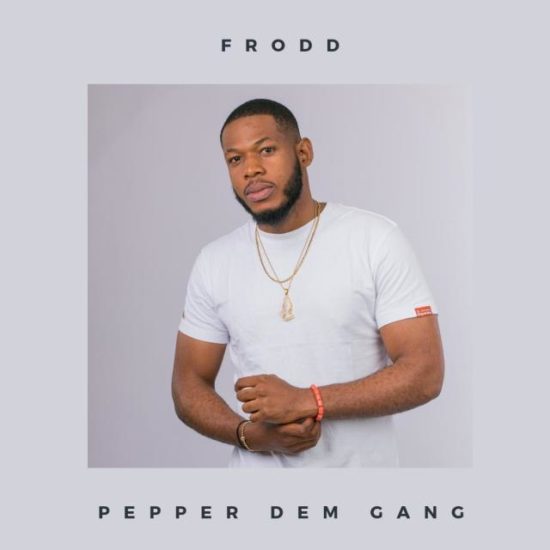 Chemeka Frodd Okoye is a soft-spoken Investment Adviser and Sales Executive from Anambra State. The 28-year-old believes family is everything and that’s why he lists paying for his mother’s surgery bill as one of the proudest moments of his life. He says nothing can make him quit Big Brother and even if he had a million dollars, he would still participate in the game because “the experience can never be bought.” 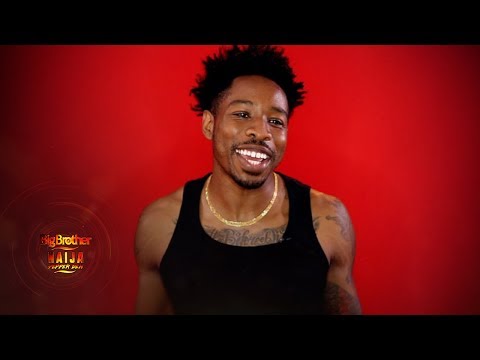 26-yer-old Steve Ikechukwu Onyema, is originally from Imo State, but bides his time between Houston, Texas and Maryland, Lagos. He’s loud and colourful and loves to entertain because “you only live once”.

When he lost his business in 2013, Ike had to move in with his girlfriend. Luckily, things are looking up for him now. In his downtime, you will find Ike eating steak and vegging out on the couch watching his favourite movie ‘No Country For Old Men’. Not even a family loss would make him quit the game. And if he was rich, he would still do it for the experience. 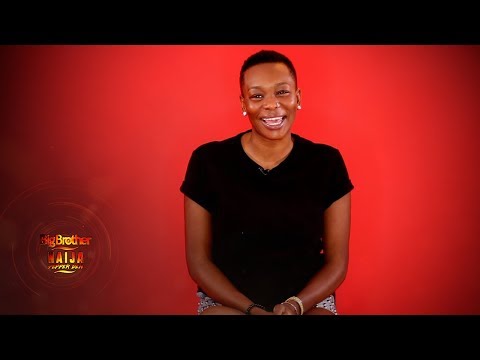 Lagos resident, Isilomo Braimoh is single and ready to mingle. An HR manager at 27, Isilomo has an MA in Human Resource Management with professional certification. She winds down from her hectic job by engaging in sports, outdoor activities, food, music and travel. A lover of all things music, her favourite songs are currently ‘Middle Child’ by J.Cole and ‘Daz How Star Do’ by Skiibii Dazz. 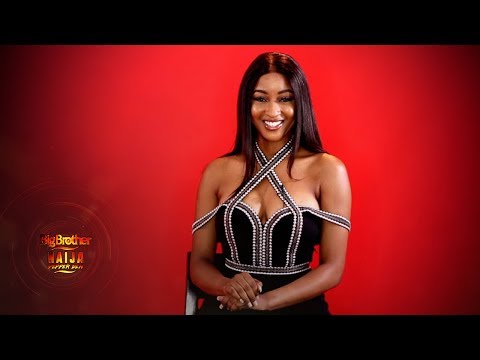 Bubbly television presenter Kim-Oprah, believes that nothing is impossible to achieve. The African beauty achieved the impossible when she represented Nigeria at the Miss Intercontinental World Beauty Pageant.

Kim-Oprah is not just a pretty face she owns a business and her favourite book is ‘Smart Money Woman’ by Arese Ugwu. There is nothing that would make her quit the Big Brother House because she is not a quitter.

Sir Dee, real name Atteh Daniel Tioluwa, is a banker and graphic designer from Kaduna State. He loves football, board games and movies. His favourite of all time? Any of the movies in the Lord of the Rings franchise. Sir Dee, who is in a relationship, believes in being “the best version of myself at all times” – and counts whistling as one of his secret talents. If he were an animal, this 27-year-old would be a lion. “I am kingly, dignified, but will not hesitate to defend those I love”. As much as the prize money is important, winning is not Sir Dee’s ultimate aim. “The fact that I will be disconnected from everyone I know will have to form new relationships in an enclosed environment, is very exciting to me”.

Just like her spirit animal the lioness, Jackye is a fierce hunter who led her software engineering team to winning a contract to build a Fintech app for one of the biggest companies in Africa.

The 23-year-old has only had one boyfriend her entire life and she relaxes by watching football, playing games and eating spaghetti, her favourite meal. Her life mantra is, “I never lose, either I win or I learn.”

Psychotherapist, fitness coach and “part time stripper” Tuoyo loves working out, reading books, watching movies, listening to his favourite musicians Davido and J Cole and cuddling (even though he is single).

Although life has been good to this energetic 23-year-old, not being shortlisted for an important Navy and Airforce entrance examination left him staring at an uncertain future. Luckily, a shot at fame and fortune on this season’s Big Brother Naija has given him another shot at making his dreams come true.

Nelson Allison, Mr. Universe Nigeria 2018, is single and looking. When he is not consulting or modelling, he enjoys sketch drawing, working out, watching movies and cooking. If he were a world leader, he would ensure that both the poor and the rich had equal opportunities. Nelson believes that it’s not over until the fat lady sings.

26-year-old Thelma Ibemere lives her life by one simple motto: “Only hang out with those who bring out the best in you, not the stress in you”.

Although this vivacious Hair and Beauty practitioner is currently in a relationship, she believes nothing could have kept her away from her destiny; being in the Big Brother Naija House. When she’s not running her hair business, Thelma finds time to dance, travel and read. Her favourite book of all time? ‘Talent Is Not Enough’ by James C Maxwell.

If Thelma had a million dollars in the bank, would she still be in the game? “Of course, I would! Because of the fame. The only thing that would make me quit is a wedding, or pregnancy.”.